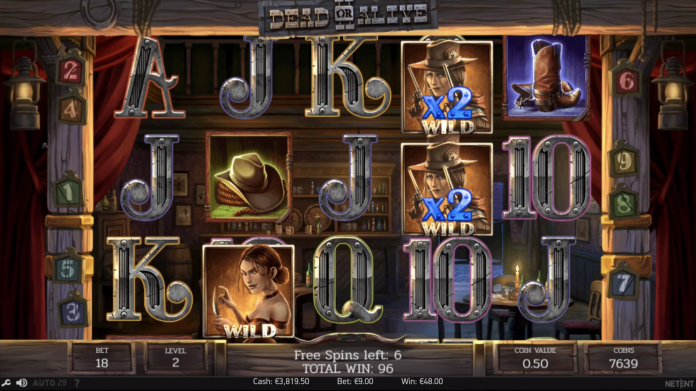 Today the 24th of April NetEnt released their long awaited sequel Dead Or Alive II. Dead Or Alive doesn’t really need an introduction, it’s been one of NetEnt’s favorite slots for a long time. The original version was released way back in 2009, so it was time for a new version. The new Dead Or Alive II has upgrade visuals and sounds and still features a 5*9 reel. The bonus feature now has 3 options to chose from: