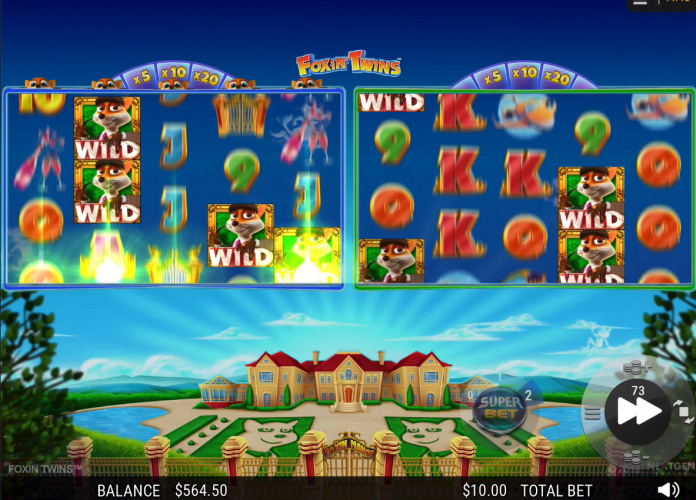 Today the 22nd of May NextGen Gaming released a new slot called Foxin Twins. Twins is another slot based upon the Foxy aristocratic family. The game exists of dual reels where each reel set has its own special features. The slot also has a setting which increases your RTP and bonus features.

Reel 1 features the Foxy pups on top which drop randomly onto the playfield and become a wild.

Nex to the Bonus feature which we will describe a bit later. The game also features 2 randomly activated features.